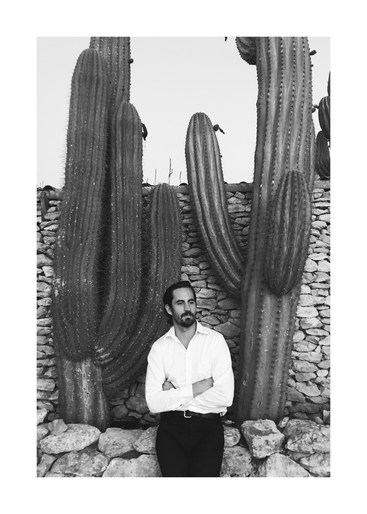 Guy was born and raised in Australia. With an art director father and a boutique shop owner mother, he was exposed to imagery and fashion from an early age. An adventurous spirit, Guy left his hometown of Sydney at 17, first working on pearl diving boats in the Northern Territory of Australia, and then sailing through the Mediterranean, before landing in London. Guy took pictures all along the way, but it wasn’t until he got to London that he decided to make a career of it. Over the next 6 years he assisted some of the world’s leading fashion photographers including Alasdair McLellan, Hedi Slimane and Angelo Penneta. Since going out on his own, he has strived to bring a beautiful realism to his pictures, in which he searches for the unguarded moments in his subjects. Guy resides between LA and London with his wife Remi, his son Wilder, and his dog Hopper.